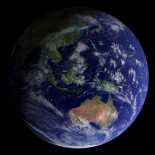 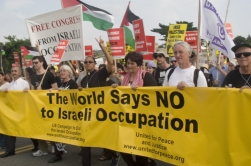 Thanks as well as a hat tip to the great ladies at Jordan Journals for making this article available. Unless you have a print subscription to the Jordan Times, this article is not freely available online (the only other site that has it requires subscription). [Bold emphasis is editorial]

In driving around central New Jersey of late, I have observed a great many signs on schools and houses of worship proclaiming the urgency of the humanitarian crisis in Darfur. This is perfectly right and natural. The deteriorating situation in that beleaguered region of western Sudan certainly deserves concern and assistance from people worldwide.

What is troubling, however, is how little concern seems evident, at similar venues, for a political and humanitarian crisis far older and far more attributable to US foreign policy — indeed made possible by American taxpayers. Where, among the schools, churches, synagogues and libraries of suburbia, are the expressions of grief and outrage over the Israeli occupation of Palestinian land?

Fifty-nine years after Israel was established by force on 78 per cent of Mandate Palestine, and 40 years after its armies occupied the remaining 22 per cent in the Six-Day War, the majority of Americans outside progressive and intellectual circles seem divided between those who are disturbingly apathetic about the conflict and those who blindly adhere to the Israeli narrative.

As long as this status quo persists, hopes for a just peace in the Holy Land will elude fulfilment.

What accounts for this baffling indifference or antipathy to basic Palestinian rights? Why, in God’s name, should the right of human beings to live in freedom and dignity in their native land be seen by any serious person as “controversial”? And why does the preponderance of US politicians, irrespective of their views on other matters, invariably adhere to the Zionist Party line when it comes to the Israel-Palestine conflict?

The usual explanation for this sad state of affairs is the inordinate influence of the pro-Israel lobby on American politics and media, and the fear of running afoul of its banal taboos. But this does not account for why such propaganda has consistently found so receptive an audience, and why such taboos are taken so seriously by so many people.

Verily, America’s abject failure to support the fulfilment of Palestinian aspirations for freedom derives from the curious fact that Israel’s ideological milieu found early on a receptive audience, for rather different reasons, at both ends of the American political mainstream. As a result, many ordinary Americans, both Christian and Jewish, have grown up and lived much of their lives believing that Israel somehow embodies the values, liberal or conservative, they admire in the United States. But this is a fabrication, and recognising that Israel’s behaviour conforms to no healthy manifestation of American ideals is essential for the constructive reformation of US Middle East policy.

Liberals have consistently maintained their support for Israel on the premise that it is a “democracy”, in contrast to the supposedly intractable “dictatorial” nature of “Arab regimes”. While seemingly accurate in describing the status quo inside Israel’s pre-1967 borders, this conception ignores the ugly reality that Israeli “democracy” has, from day one, been subordinated to religious and ethnic chauvinism. Israel, according to long-standing Zionist precepts, can only function democratically by maintaining an overwhelming Jewish majority in the country.

From this policy stemmed the mass-expulsion of Palestinian Muslims and Christians in 1948, and the denial of the right of return and restitution to them and their descendants ever since. It further entailed the imposition of martial law over the remaining “Israeli Arabs” until 1966, and their marginalisation as second-class citizens to the present day. Finally, it inspired the aggressive confiscation of erstwhile Palestinian lands by the Israeli state, and an all-consuming quest for Jewish immigrants from every conceivable source — lately going so far as to include obscure tribes from the Himalayas and South America who only recently adopted the Jewish faith. Such policies bear scant resemblance to the ideals of America’s Founding Fathers, but do recall the Old World tyrannies they so despised — as well as totalitarian states of more recent times.

American rightists, for their part, have tended to extol Israel as a model of “pioneer” achievement and as a vanguard of “Western civilisation” battling “barbarism” and “backwardness”. This boilerplate rhetoric derives largely from fundamentalist Protestant dogma about “manifest destiny” that figured prominently in American culture during the settlement of the western frontier in the 19th Century. It attempts to cast Palestinians in a role equivalent to the Native American tribes who were “swept aside” to “make way” for “progress” in the days of the Gold Rush, the Cattle Boom and the Trans-Continental Railroad.

Although no one should trivialise the wrongs done to Native Americans during the westwards expansion of the United States, only a rudimentary knowledge of Palestinian life in the centuries prior to the advent of Zionism is necessary to understand that such comparisons are ludicrous in the extreme. While few indigenous peoples north of Mexico had advanced beyond a Neolithic, or even Mesolithic, cultural stage by the time Europeans arrived, Palestinians had maintained for centuries a sophisticated economy and culture based on agriculture and vibrant mercantile traditions. Palestine remained throughout the Mediaeval and Ottoman periods a crossroads of Asia, Europe and Africa, supporting important religious and scholarly institutions of Muslim, Christian and Jewish affiliation.

Far from being an “empty land” awaiting settlers to “make the desert bloom”, pre-Zionist Palestine was a land full of its own possibilities, blessed by enterprising people with high hopes for the future. Indeed, no one in recent times has done quite so effective a job in making the Holy Land barren and deprived of a promising future as the Israeli occupation forces with their bewildering, Kafkaesque matrix of closures, walls and checkpoints.

Having dispelled the twin illusions that have persistently stymied American understanding of the Israel-Palestine conflict, it becomes much easier to conceive of a time — very soon, God willing — when a broad, emphatic consensus will exist in America that upholds the equality of Palestinians and Israeli Jews in all matters of civil, economic and national rights.

One can perceive without difficulty the many benefits, both international and domestic, that will result from such a fundamental paradigm shift. First, and most obviously, it will turn back the tide of extremism and communal fragmentation that is engulfing the Middle East from Baghdad to Beirut and Gaza.

Supporting Israel’s occupation and subjugation of Palestine has put America on a disastrous collision course with near-universal sentiment in the region, fuelling ever widening wars that jeopardise American lives and foretell a dark future of mutual fear and loathing for all concerned. Ending that occupation promptly and without equivocation, in accordance with the Arab Peace Initiative, is the indispensable first step to restoring sanity in the Middle East and America’s role there.

For Americans at home, there are further gains to be realised. Grassroots support for justice and reconciliation between Palestinians and Israelis will provide a powerful moral force in American life based on dialogue and cooperation between Christians, Jews and Muslims. Such a development is essential to counter the divisive influence of rightwing ideologues who denigrate Islam and relentlessly push for racial profiling and other assaults on civil liberties.

As in many societies throughout history, the decline of rituals and family values in contemporary America has created a vacuum which irresponsible bigots and militarists have exploited as a path to personal aggrandisement. The only antidote for this dire problem is an authentic sense of American morality rooted in the quest for peace and understanding. There is no better place to begin this all-out effort than the struggle for justice in Palestine — the land that gave rise to the ethical traditions which unite Islam and the West. When the words “End the Israeli occupation” hang in front of schools and houses of worship in every middle-class American town, when teachers, ministers and rabbis feel free to speak with passion about Palestinian rights, America will begin the rediscovery of its soul, and its moral bequest from civilisations past.

The writer is a graduate of Rutgers University. He contributed this article to The Jordan Times.
Wednesday, June 20, 2007

6 comments on “Why Palestine Matters By Roger H. Lieberman”